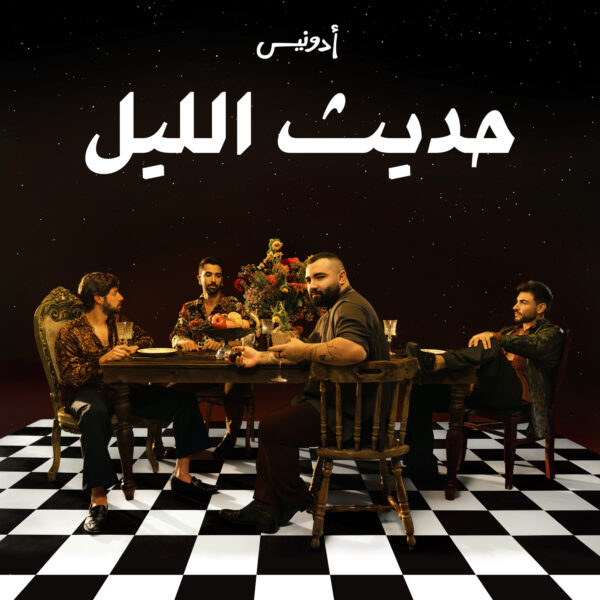 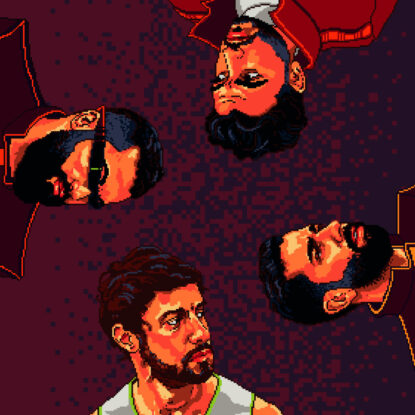 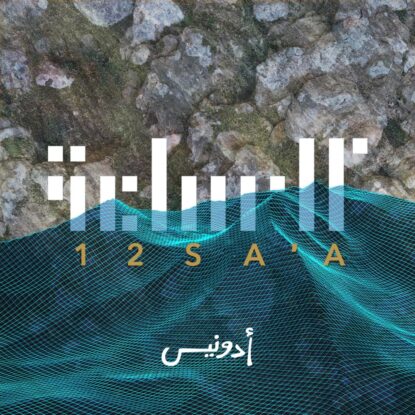 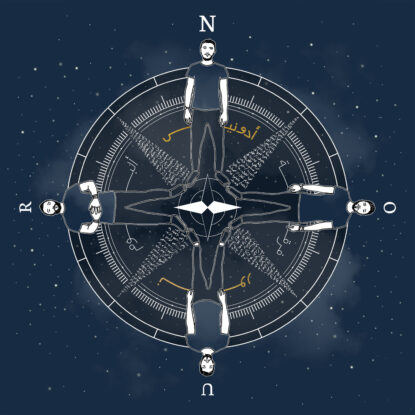 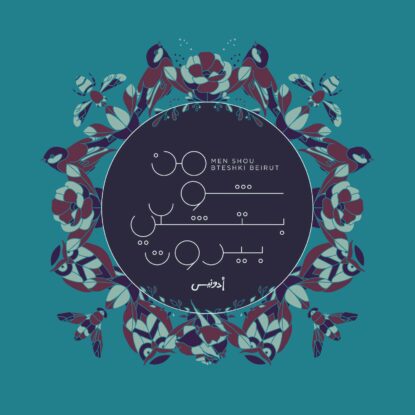 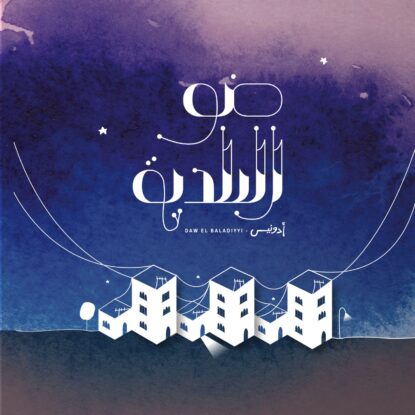 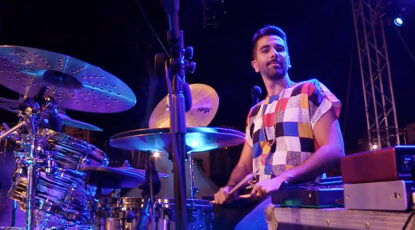 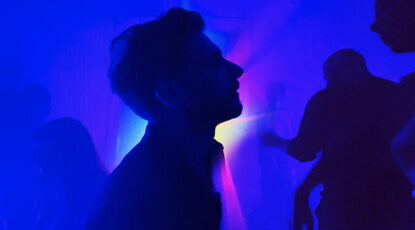 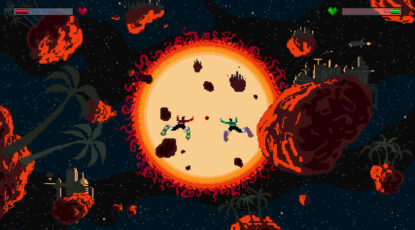 Adonis is a Lebanese pop-rock band renowned for its signature Arabic lyrics and blistering live performances. The four-piece was formed in 2011 by Anthony Adonis (vocals, keys) and Joey Abou Jawdeh (guitar). The pair, who met during their architecture studies at the American University of Beirut, were later joined by Nicola Hakim on drums and Gio Fikany on bass guitar.

The band first came into sight with its debut single “Stouh Adonis” (2012), a dance tune relaying tales of night-time adventures on the rooftops of the group’s small suburban town, and captured the hearts of an avid and devoted fan base.

Produced by Jean-Marie Riachi, the band’s third album “Nour” (2017) consecrated Adonis as a leading player in the Arabic independent music scene, after achieving its first breakthrough with the album’s lead single “Eza Shi Nhar”. In July 2019, Adonis launched its fourth album “12 Sa’a” and kicked off its first European tour. Two years later, after the release of its critically-acclaimed fifth studio album “A’da” (2021), the band played two milestone concerts at the Beirut Hippodrome and on the Dubai 2020 Expo Jubilee Stage, and performed three sold-out shows at Paris’ Arab World Institute.

The band’s lead singer Anthony Adonis has written and produced music for leading independent Lebanese artists such as Hiba Tawaji, Aziz Maraka and Dana Hourani, amongst others.

Adonis now prepares for a second European tour in the fall of 2022, much to the anticipation of their adoring fans across the diaspora.

Translated from French: “Amidst an alluring scenography, that draws from the aura and electric presence of the young quartet, Adonis performed for the...

Translated from French: “The band rides the waves of pop, rock and electro, assembling a unique poetic macrocosm imbued with Arabic lyrics and...

Translated from Arabic: “The band didn’t disappoint. Taking the stage back after the pandemic and the country’s economic meltdown, Adonis’ show exceeded its’...

Translated from French: “Tickets were sold out as soon as the show was announced. Adonis fans would not have missed it for the...

Translated from Arabic: “The band’s lead singer knows how to set a stage on fire without trying too hard Adonis’ concert is a...

Translated from Arabic: “Younger age groups dominated the 4000-strong audience. An all-standing audience in full communion with the band, screaming, dancing, clapping and...

"Providing a fitting finale to the four-piece outfit's album, ‘Tabi’yi’ perfectly wraps up an album that speaks not only to where the band...

Translated from French: "They represent the new wave of Lebanese music. In 10 years, they imposed themselves as one of the best local...

"The song version of Thoqb Aswad is a sublime piece of prog-rock, and marks a great leap forward for Adonis."

"Fans pack into the front rows to sing along to every lyric and scream out the names of their favourite band members, as...

Translated from Arabic: “Since its debut in 2011, the band has proven that it deserves widespread success through its music that incarnates the...

Translated from Arabic: “The band has earned itself an important place in today’s music scene, through songs that address youth, love and the...

Translated from French: “The four musicians, who look as good as they sound, create a band that radiates happiness.”

Translated from Arabic: “Adonis seems to come from another planet, bringing to our world a kind of music which we are in dire...

“Ever since forming in 2011, the band has built a following in the country and the wider region, with relatable tales set to...

Translated from French: “At Adonis shows, spectators become one, hugging and singing, at the top of their lungs, tunes that have become references...

“The band's success was echoing at HNGR music venue in Karantina, Lebanon on February 13; which marked the most recent performance in their...

“From the rooftops of a village in Lebanon, to concert stages abroad, Adonis is capturing the hearts of fans with their relatable lyrics...

“With a sound that merges pop-rock and electronic music with Arabic rhythms and sounds, Adonis forms an integral part of the burgeoning alternative...

“Adonis’ signature style has endeared the group to younger audiences and the international generation of Arabs living abroad.”

“Following a rapid growth and a well-deserved success in Lebanon and overseas, Adonis has retained its distinct identity while allowing its sound to...

“The song provides us with everything a solid pop-rock love ballad should offer. Add some string elements, playful lyrics and the hymn for...

“Their music, which manages to marry traditional Arabic sounds with international influences, captured the hearts and ears of fans across the region.”

“With the release of La Bel Haki, the band gave its audience a hint of its highly anticipated third album. The song’s widespread...

“The four-piece have since established themselves as one of the most popular independent bands in the Arab music scene.”

“Adonis return to Egypt with two shows scheduled In its latest album Nour, Adonis delivers a fresh and concentrated dose of music, making...

“With its singular lyrics and melodies Adonis was able to secure a special spot on the independent Arab music scene becoming the voice...

“Adonis to bring music, poetry and a scent of Lebanon's small-town to Egypt Adonis’ fan base has grown significantly in Lebanon and beyond....

“Adonis’ songs don’t let you in too quickly; but they don’t kick you out either. They flicker, at once distant and familiar, sharp...

“The band’s (very good) music videos gave Adonis the boost it needed to spread on a wider scale, and headline local music shows,...